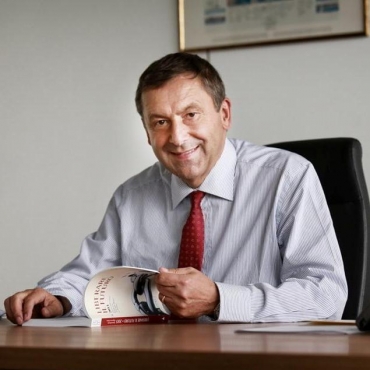 Adjunct Professor at University of Bologna.

He was Visiting Professor at University of Wisconsin – Madison (1986-

Dr. Profumo was the Dean of the Engineering Faculty at the Politecnico di

July 2011 and as Italian Minister of Education, University and Research

He published more than 250 papers in International Conferences and

He was awarded by the Signum Aureum Facultatis Mechanicae

by the Honorary Professorship, University of Cordoba (Argentina), August

11, 2004, by the Honorary Doctor Degree, Technical University of Riga

He has been the Chairman of the G8 University Summit 2009, (Torino)

(2009) and the Chairman of the Columbus Association (55 European and

Since December 2013 he is the Chairman of the “Osservatorio Smart

Cities” of ANCI and President of Scientific Committee of the Strategic

Foundation of the Italian Institute of Technology (IIT.

He is member of the Selection Committee of the ENI Awards.

He is member of Academia Europaea – Physics and Engineering Section (2010) and member of the Accademia delle Scienze (2008).